In August 2010 Shell signed a binding agreement with Cosan SA Industria & Comercio, the world’s biggest sugarcane producer, to form a joint venture for producing ethanol. Shell will put in $1.95 billion, alongside with 2,740 service stations. Cosan will contribute 23 sugar mills, power plants that produce energy from sugarcane waste, and 1,730 service stations. When all assets involved are taken into account, the venture is worth approximately $12 billion. This would enable to establish a scalable and profitable business in sustainable biofuels by building a market-leading position in the most efficient ethanol producing country in the world. With annual production capacity of about 2 billion liters and significant growth aspirations, the JV would be one of the world’s largest ethanol producers.

In 2002 Shell and Canadian cellulosic ethanol developer Iogen Corporation formed a joint venture company called Iogen Energy to develop the processing technology that enables ethanol to be made from agricultural residue, such as wheat and barley straws using enzymes. In 2004 an Iogen demonstration plant opened in Ottawa as a research and development facility to enable the company to continuously improve process towards commercial production. The demonstration plant has a capacity of 1 million liters of cellulosic ethanol per year and produced more than 500,000 liters in 2009. For one month in June 2009, a Shell services station in Ottawa sold gasoline containing 10% cellulosic ethanol from the Iogen demonstration plant. In 2010 Shell and Iogen have committed further funding to keep the venture going for at least two more years.

Since 2007, Shell and Codexis have a joint technology development program to ‘evolve’ natural enzymes into improved enzymes to convert biomass into fuel. Codexis, Shell and Iogen are strategic partners in a deal whereby Codexis develops cellulosic ethanol enzymes for Shell to convert cellulose into sugar so it can subsequently be fermented into ethanol. Iogen intends to expand production and pay a royalty to Codexis.

Virent Energy Systems – a company that developed a thermochemical process called BioForming® to catalyze sugars into hydrocarbons, similar to those produced in oil refineries – has a joint technology development program with Shell since 2008. Recently, the firm has raised $46.4 million from Shell and agriculture company Cargill. Virent has previously raised $40 million from Stark Investments, Venture Investors, Cargill Ventures, Honda, and Shell to reach commercial scale of the BioForming® technology over the next years. The joint technology development program is currently focusing on gasoline, but researching jet fuel and diesel options are also planned. In March 2010 Shell and Virent announced start of production at the world’s first demonstration facility to convert plant sugars directly into gasoline and gasoline blend components. Since the start of the Formula One season in March 2010, the fuel Shell supplied to Scuderia Ferrari has contained a biofuel component made from cellulosic ethanol, the Virent biofuel made from straw sourced sugars.

Since 2007 Shell has been the majority shareholder in Cellana, a company set up to operate a pilot facility in Hawaii to grow marine algae and use it to produce vegetable oil for conversion into biodiesel. Cellana is a joint venture established by Shell and HR BioPetroleum. Shell plans to expand the 2.5 hectare pilot project to a 1,000 hectare facility in a first step, and afterwards to a full scale commercial 20,000 hectare plant.

In 2010 Bio Architecture Lab said it has secured a partnership with the world’s biggest offshore oil and gas producer, Norway-based Statoil, to build up capabilities to turn seaweed from off the Norwegian coast into ethanol for commercial markets in Europe.

Statoil introduced a new fuel called Bio95 which is a mixture of 95% gasoline and 5% biofuel. This fuel is available at 100 filling stations across Denmark. The biofuel derives from wheat straw collected on Danish fields after harvest and produced by DONG Inbicon, the world’s biggest demonstration facility using enzyme technology from Novozymes. 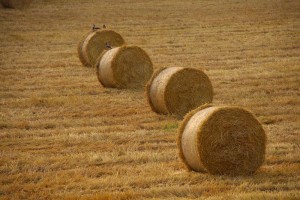 In September 2007, Statoil entered into a long-term strategic agreement with the Brazilian oil company Petrobras. The agreement provides new opportunities for developing the international value chain for biofuel, both in production and trading.

Statoil currently sells biofuels in six countries – Norway, Sweden, Denmark, Lithuania, Latvia and Poland. Bioethanol is used to produce E-85, a blend with 15% petrol which can only be used by flexifuel vehicles, or as a low-level additive to petrol for use in all kinds of cars. Half of Statoil’s bioethanol derives from Brazilian sugar cane and the rest from Swedish wheat. 73% of the biodiesel volume sold by Statoil comes from the Mestilla plant in Lithuania owned 49% by the group.

Statoil is the first company in Norway to offer 5% bioethanol to general consumers. Since January 2010 40% of Statoil’s stations sell the new biofuel “Bensin 95”.

In June 2010 Total and Amyris announced to build a strategic partnership for the development and commercialization of biomass-based transportation fuels and chemicals. The partnership combines Amyris’ industrial synthetic biology platform and emerging Brazilian production capacity with Total’s technological know-how, industrial scale-up capabilities and access to markets. Total has agreed to acquire approximately 17% equity interest in Amyris on a fully diluted basis, and will have the right to appoint a member of the Amyris Board of Directors.

Total Energy Ventures also invested in Illinois based company Coskata which has developed a conversion process to transform woodchips derived synthetic gas into ethanol, biofuels and biochemicals using a series of bioreactors.

The French oil giant Total further invested in Gevo, a Colorado based biofuel company that makes renewable fuels from agricultural waste. Unfortunately, neither Total nor any other source does report the total amount of the invested money.

If you have more information about further biofuel investments of major oil companies, please let me know. Write a comment or go to the about page and use the contact form or write an email to admin(at)innovativeindustry.net