Is Big Oil going green? Have you ever thought about the involvement of major oil companies in R&D or distribution of biofuels? Yeah… just like me! But I was disabused of the notion that most oil companies are predators who exploit earth’s resources, pollute the environment, rake in money and if they do something that would benefit our planet it is just a try to polish their image. Well, the thought about money remains. When starting research for this article I did not expect the vast connection between many conventional oil firms and the biofuel industry.

Are major oil companies already preparing for the post-fossil-fuel-age? Within recent years, big oil corporations are increasingly involved into research and development of different petroleum alternatives and now, they seem to focus on commercial viable biofuels. The petroleum industry is aware of rising crude oil prices, a rising demand of energy and an increasing environmental pollution. To contribute to these circumstances, a variety of joint ventures with smaller biofuel or biotechnology firms have started to exploit the potential of renewable fuels. The competencies and competitive advantages that have made oil companies successful in their fossil fuel business are straightforwardly transferable to biofuels. These corporations have expertise in producing, distributing, and marketing transportation fuels. And this expertise is exactly what the biofuel industry needs.

The company – which used to call itself “Beyond Petroleum” – claims to have committed more than $1.5 billion to biofuels operations and research since 2006.

BP is investing $500 million over 10 years to support the Energy Biosciences Institute which is a facility that’s wholly focused on exploring ways in which biosciences can be applied to produce new and cleaner energy fuels.

In 2009 BP and Martek Biosciences Corporation signed a joint development agreement to work on the production of microbial oils for biofuels applications. Based on Martek’s unique algae-based technologies these companies will work together to establish proof of concept for large-scale, cost effective microbial biodiesel production through fermentation of sugar. BP has agreed to contribute up to $10 million to this initial phase of the collaboration which leverages Martek’s significant expertise in microbial oil production and BP’s production and commercialization experience in biofuels. Martek will perform the biotechnology research and development associated with this initial phase, whilst BP will contribute to its integration within the biofuels value chain. 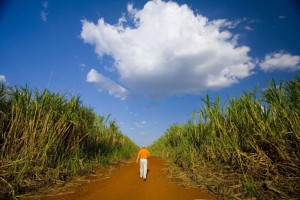 The company has taken a 50% stake in a Brazil sugar cane ethanol venture, Tropical BioEnergia S.A. Tropical employs a closed loop system in which by-products are used to generate electricity and to serve as fertilizer.

In July 2010 BP and Verenium Corporation announced an agreement for BP Biofuels North America to acquire Verenium’s cellulosic biofuels business, including the company’s facilities in Jennings, LA and San Diego, CA for $98.3 million.

In cooperation with the strategic partner DuPont, BP is involved in the development of biobutanol. It is intended to build a technology demonstration plant in Hull, UK, scheduled to begin operating in 2010.

BP and D1 Oils plc formed a 50-50 joint venture, to be called D1-BP Fuel Crops Limited in 2007, to accelerate the planting of oil containing Jatropha curcas to provide more inedible sustainable biodiesel feedstock available on a larger scale. BP and D1 Oils intend to invest around $160 million over a period of five years.

In 2008, BP invested several millions of US$ in Qteros, formerly called SunEthanol, for the development of an ethanol producing microbe the company has isolated and to build a pilot ethanol facility.

Chevron explains to be involved in the identification and development of suitable biomass feedstocks that are sustainable and scalable, testing technologies for converting biomass into biofuels and in the development of clean fuels that meet consumer expectations. The company sets great value on compatibility of biofuels with existing vehicles. Besides the in-house research, Chevron works with a number of commercial and academic research partners to increase expertise on these critical issues. Sustainable efforts are coordinated by a business unit called Chevron Technology Ventures (CTV), which oversees the company’s advanced biofuels research portfolio. CTV helps Chevron embrace emerging technologies to create new commercial opportunities, reduce costs and improve performance. One example of a promising commercial partnership is Catchlight Energy, a 50-50 joint venture with Weyerhaeuser Company, which is working on commercialization of advanced biofuels made from forest-based biomass.

Chevron Technology Ventures also invested in LS9 a firm that can make diesel from designer microbes and sugar economically by 2011. LS9′s goal is to be able to provide synthetic diesel for $45 to $50 a barrel by mid-2011.

Another company, funded by Chevron’s CTV is Codexis a biotech company which develops enzymes for the production of pharmazeuticals and biofuels.

In 2008 Chevron started collaborating with Solazyme a company that uses synthetic biology for the renewable production of fuels, industrial oleochemicals, and health and wellness ingredients from marine microbes. The connection with Chevron Technology Ventures is an important step toward commercialization of Solazyme’s technology due to Chevron’s existing refining and fuels distribution infrastructure. Unfortunately, no figures about the money CTV invested are provided.

In 2007 ConocoPhillips started a $22.5 million, multi-project research program at Iowa State University (ISU) to develop new technologies for producing biofuels. These projects, conducted by researchers in eleven ISU departments or programs in conjunction with ConocoPhillips researchers, include studies of various biofuel production technologies; technical and economic analyses of different types of biorefineries; production of crops for conversion to biofuels; sustainable cultivation of crops and biomass; the harvest, storage and transportation of biomass; and the combustion performance of biofuels in engines.

The company is additionally involved in a $5 million, multi-year sponsored research agreement with the Colorado Center for Biorefining and Biofuels, a research center of the Colorado Renewable Energy Collaboratory. The first project will involve converting algae into renewable fuel.

In 2008, ConocoPhillips processed renewable diesel fuel at the Whitegate refinery in Ireland using soybean oil, and at the Borger refinery in Texas using byproduct animal fat supplied through a strategic alliance with Tyson Foods. Both programs were undertaken on a demonstration basis for research, monitoring and economic analysis purposes. While renewable production continues at Whitegate, the Borger animal fat program has been suspended due to unfavorable economics.

Wow! That has been a lot of information for now. So take a rest and relax your eyes. A further part of this article will be provided within a few days. If you like, leave a comment, relax and then come back to continue reading!

The second part of this article is already published!