Do Algae biofuels need 10 more years of R&D to compete?

According to the Energy Biosciences Institute at the University of California at Berkeley the algae biofuels industry is still in its infancy. The Institute published a survey of the state of industrial algae fuel production. Current commercial biomass production from algae is mostly restricted to nutritional products.

The authors state: “Despite the scores, if not over a hundred companies in the US, and more abroad, now in this field, there are as yet no pilot plants (>100 t algae biomass / year) for autotrophic algae biofuels production operating in the US or elsewhere. Even the few pre-pilot-scale plants have operated for less than a year, with only rather smaller operations of a few hundred square meters operating for two or more years (e.e., Seambiotics in Israel and Aurora Biofuels in Florida). The total output from all experimental facilities over the past year was only a few tons of biomass and less than a hundred gallons of actual algae oil, if that much.” 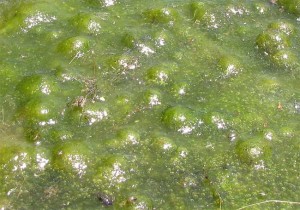 Most of all, the main problems to solve are the high production costs. Though, many companies strive to develop algae biofuel that can compete with fossil fuel, still more research focused on the effort to at least double biomass and oil productivity is required. These goals can be accomplished through strain selection and genetic modification. But it will take about ten years of research and development to make the algae biofuels industry profitable.

Regarding the article The Algal Biofuel Revolution published in October it seems a bit confusing due to the fact that quite a few companies are already producing commercially. What do they produce? Are they all consuming venture capital instead of selling their products? At least the market of algae biofuels production technology is definitely profitable and is expected to grow from 271 million US$ in2010 to 1.6 billion US$ in 2015 (Source: Biofuels International).